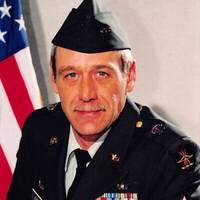 Duane Eugene Knoll, 61, Mandan, died on Aug. 25, 2021. A memorial service will be held 10 a.m. Wednesday, Sept. 1 at Parkway Funeral Service, 2330 Tyler Pkwy, Bismarck. Visitation will be held one hour prior at the funeral home.

He was born January 5, 1960, in Bismarck to Eugene Knoll and Diane (Olheiser) Knoll.  Duane was raised in Baldwin, attending small schools until he entered the ninth grade in Bismarck.  He graduated from Century High School in 1978.

On January 18, 1985, he married Maureen Leingang and began raising their children. They were married for 27 years. After graduation, Duane worked as a heavy equipment operator and mechanic in the construction industry until he joined the Army National Guard in April 1986.  He also began working for the state under the Adjutant General as a security officer.  He moved up to Maintenance Supervisor in 1992, then to Systems Mechanic in 2010 before retiring in 2018.  You could always find Duane doing projects and tinkering, as he loved to fix things and be constructive.  In his younger years, he enjoyed hunting and fishing with his brothers, and he shared his enjoyment for the outdoors with his children and grandchildren as he grew older.  Duane loved spending time with his family at his lake cabin.  He found himself enjoying his service with the Army National Guard in being a crew chief with the 112th AVN in Bismarck.  He served an unforgettable 26 years, retiring as a SFC in April 2012.

Along with enjoying time with his kids and grandchildren he began to travel, taking several trips to the east coast and Florida. His passion for motorcycle riding was also a hobby.  Duane rode many miles and made many great friends on those two wheels.  His adventures allowed him to create a story that will live on through his family.

He was preceded in death by his father, Eugene.

To order memorial trees or send flowers to the family in memory of Duane Knoll, please visit our flower store.