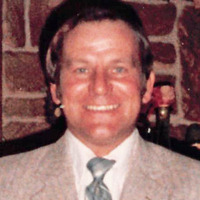 Earl was born February 5, 1944, in North Dighton, Massachusetts, to Rita Collins Tolley and Alfred Alton Tolley, who resided in Assonet, Massachusetts, where Earl was raised.

He married Linda A. Ventura from North Dighton in 1982. They were happily married for almost 40 years. In 1983 they had a baby daughter and named her Lauren Linn Tolley, who now lives in Tuttle, North Dakota, with her daughter, Brandi Lynn Duvall.

Earl is survived by two sisters, Paulette Brown, North Port, Fla., and Isabel Sayers, Melbourne, Fla. He was the fourth of seven siblings.

He attended Freetown School System in Massachusetts and then entered the construction field as a laborer, where eventually he became a superintendent for Wescott Construction Company of Attleboro, Massachusetts. Due to an injury, he retired early.

Among his interests in life, he played semi-pro tennis in Massachusetts and Rhode Island. He also participated in running marathons. Earl learned how to build New England dry walls and masonry skills from a friend in West Port, Massachusetts, and used his craft for profit and enjoyment throughout his life building walls, decorative pieces, and fixing foundations with stone.

In Steele he faced one wall of the home garage and also faced the entire foundation on the log home that he and his wife built. His work was impeccable and well known. At one point in time, he worked for his brother’s landscaping company and did work mansions in the Providence, Rhode Island area. He and his work were also featured in Yankee Magazine for his craft.

Earl was a wonderful husband and father. He used to coach girls’ softball in Assonet, Massachusetts, where his daughter played. When the family moved to Punta Gorda, Florida, he discovered that he was a natural golfer. He became a member of the Burnt Stone Golf Club for several years, where he participated in tournaments. He also enjoyed fishing and turkey hunting.

For years Earl and Linda took cruises with her parents and discovered many places of interests and adventures, including a trip to the Amazon Jungle in Venezuela.

He bravely battled cancer for seven and a half years, seeking oncology treatments at the Mayo Clinic, Rochester, Minnesota, MidDakota Clinic, Bismarck, Sanford Health, Bismarck, and finally Roger Maris Cancer Center, Fargo. Throughout all of this, it never diminished the twinkle in his blue eyes or his sense of humor. He was a gentle and loving man who will be so missed by his family and friends.

In lieu of flowers, please consider a donation to the hematology department at the Mayo Clinic, 1st St SW, Rochester, MN 55905 in Earls name.

To order memorial trees or send flowers to the family in memory of Earl Tolley, please visit our flower store.