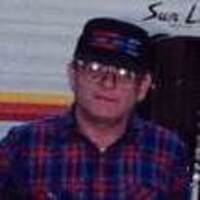 Edwin (Eddie) Bader passed away Jan. 16, 2021 at his home after a short illness with his family at his side. A private family service will be held with interment at the North Dakota Veterans Cemetery.

Edwin was born Jan. 11, 1943 on the family farm north of Carson ND. He attended country schools and then later entered the army and spent two years in Germany. In the military he received the highest honors in his class of heavy duty diesel mechanics. After he was discharged he attended more schooling for a mechanics career.

Edwin married Irene Gross of Bismarck where they made their home.

He was preceded in death by his parents Jacob and Frances (Wolf) Bader; four brothers, Valentine, Joe, Pete and Frank and one brother-in-law, James Renken.

To order memorial trees or send flowers to the family in memory of Edwin Eddie Bader, please visit our flower store.