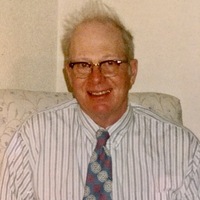 Emmett Lee Whitmore — brother, uncle, cousin, neighbor, and friend — died on February 22, 2021, at the age of 82 of lung cancer at St. Alexius Hospital, Bismarck, after a brief stay as a patient.

Lee was born on October 30, 1938, in Georgetown, Delaware, to Emmett and Dagney (Botnen) Whitmore.  He was the oldest of their five children.  He grew up in Georgetown and graduated from Greenwood High School in 1957.

After graduation, he worked at DuPont industries in Seaford, Delaware, and served in the Delaware National Guard.  He also helped his dad and brothers farm the family’s land in southern Delaware, and this quickly became his passion.  In 1966 he co-founded the Eastern Shore Threshermen and Collectors Association in Federalsburg, Maryland, and remained a lifelong charter member.

In 1969 he moved to Steele, where he took over the Whitmore family homestead, (established 1906), and there he stayed, primarily raising Hereford beef cattle and doing what he loved best.  Lee’s natural mechanical skills and an appreciation of the past led him to develop one of his favorite hobbies: rebuilding and restoring antique gasoline engines, which he proudly exhibited at fairs and engine shows.  He delighted in sharing his knowledge and encouraging others. In 2013 he moved nearby to Tuttle for a well-earned retirement, but the farm was never far from his heart or mind.  He continued managing it, kept up with his family and friends, and participated in online groups dedicated to antique engines.

He enjoyed music, good food, and a good laugh, and he especially loved get-togethers of all kinds.  He was easy to talk to and eager to hear about others and their lives.  He was an avid reader, with a wide-ranging curiosity about the world and a keen interest in history.  A hard-working, principled, generous, and kind man, he was ready at all times to help anyone in need.

Lee lived a full life with enthusiasm, integrity, and a joyful sense of humor.  He will be greatly missed by his sister, Gladys, and her husband Terry Schweikert of Yardley, Pennsylvania; by his remaining brother, Charles, and his wife Tricia Whitmore of Georgetown, Delaware; and by his many nieces, nephews, cousins, friends, and colleagues.

Those who loved and appreciated Lee mourn his passing but will keep him always in their hearts.

Special thanks to Bruce and Paulette Whitmore of Bismarck and to Dan Goldsmith of Tuttle for their thoughtfulness and invaluable assistance during Lee’s final days.  Funeral arrangements are by Eastgate, Bismarck.  A ceremony will not take place at this time, but a memorial will be planned for later in the year.

In lieu of flowers, please consider making a donation to the American Cancer Society in Lee’s memory.

To order memorial trees or send flowers to the family in memory of Emmett Lee Whitmore, please visit our flower store.