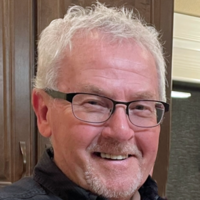 It is with great sadness that we announce the death of Ervin W. Kroh (Big Wally). He passed away September 28, 2022, at Sanford Hospital in Bismarck with his family by his side. He was a beloved husband, father, brother, and friend.

A celebration of life will be held from 5 to 7 p.m. Tuesday at Parkway Funeral Service, 2330 Tyler Pkwy, Bismarck. A time for sharing of memories will begin at 7 p.m.

Erv (Wally) was born in Blue Grass, ND on February 1, 1945.  He attended The National School of Business in Rapid City, SD after graduating from Glen-Ullin High School.

He moved to Bismarck, ND after college, married his first wife and had two children.  They moved to Williston, ND where he was a manager of a local grocery store until he decided to pursue entrepreneurship.  He owned and operated various businesses in Williston for approximately 18 years. In 1985, he moved to Bismarck where he met and married his lifelong friend, Lerrene. Together they owned and operated several businesses until he retired.

His passion for cars, motorcycles and snowmobiles gave him great success in all his business ventures.  After retirement, he worked part-time selling motorcycles and forming lifelong friendships at the Harley Davidson shop in Mandan.  He was also President of the Harley Owners Group and enjoyed many “rides” with friends and family.

In 2016, Erv (Wally) and Lerrene wintered in Florence, AZ and enjoyed participating in a hiking group and Corvette group with other enthusiasts.  They also enjoyed attending Mountain View Church and Cowboy Church.

His family wishes to send a special thanks to the staff at Sanford Hospital.

To order memorial trees or send flowers to the family in memory of Erv "Wally" Kroh, please visit our flower store.