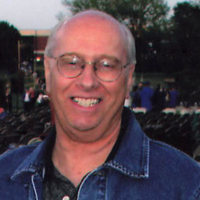 Ervin (Erv) grew up on the family farm near Fort Rice and was the oldest of five children.  He attended Mandan High School and then joined the United States Navy in 1960. He was stationed in Norfolk, VA where he served for four years as a radio operator and received an honorable discharge as an RM2. Erv worked hard his entire life, but his passion was always cars.  He began modifying farm equipment and his father’s vehicles as a boy, raced sprint cars as a young man and eventually started his own business restoring classic cars and building custom street rods.

Erv married Judi (Keller) in 1960 in Bismarck. After his discharge from the US Navy, they made their home in Bismarck where they raised their three children.

Erv was preceded in death by his parents, Anton and Katherine Wetsch; brother-in-law, Jerry Broadhead and son-in-law, Steve Turcotte.

To order memorial trees or send flowers to the family in memory of Ervin Wetsch, please visit our flower store.