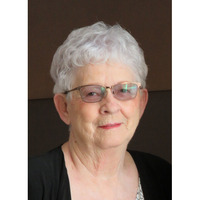 A service livestream of Eunice's memorial service will be available at 1:30 p.m. When the service becomes live, a play button will appear in the center of the black box, click the play button to view the service. With any issues, please refresh your page and/or turn up your volume. If issues persist, please contact the funeral home.

Visitation will be held from 5 to 7 p.m. Tuesday, Dec. 22 at Parkway Funeral Service, Bismarck.

Eunice was born May 15, 1942 to Abraham “Abe” and Olive (Ryam) Bartels.  She was raised on the farm south of Mott, prior to moving to Haynes, ND. Eunice attended school at the Haynes School.  In October 1957, she met the love of her life, Harry Schneider, and the two were married in June of 1959.  They lived in Mott until 1961, when Harry’s Guard unit was activated, moving them to Fort Riley, Kans.  They returned to Mott, staying until 1965, at which time they moved to Hettinger and eventually to Bismarck in 1972.

For the past 24 years, Eunice and Harry enjoyed spending the winter months in Arizona.

The family would like to thank the doctors and nurses at the Bismarck Cancer Center and Sanford Oncology and Hospice Care for their passionate care and concern for our wife, mother and grandmother.

In lieu of flowers the family asks that you donate to either Bismarck Cancer Center or St. Jude’s Children Hospital.

To order memorial trees or send flowers to the family in memory of Eunice Schneider, please visit our flower store.