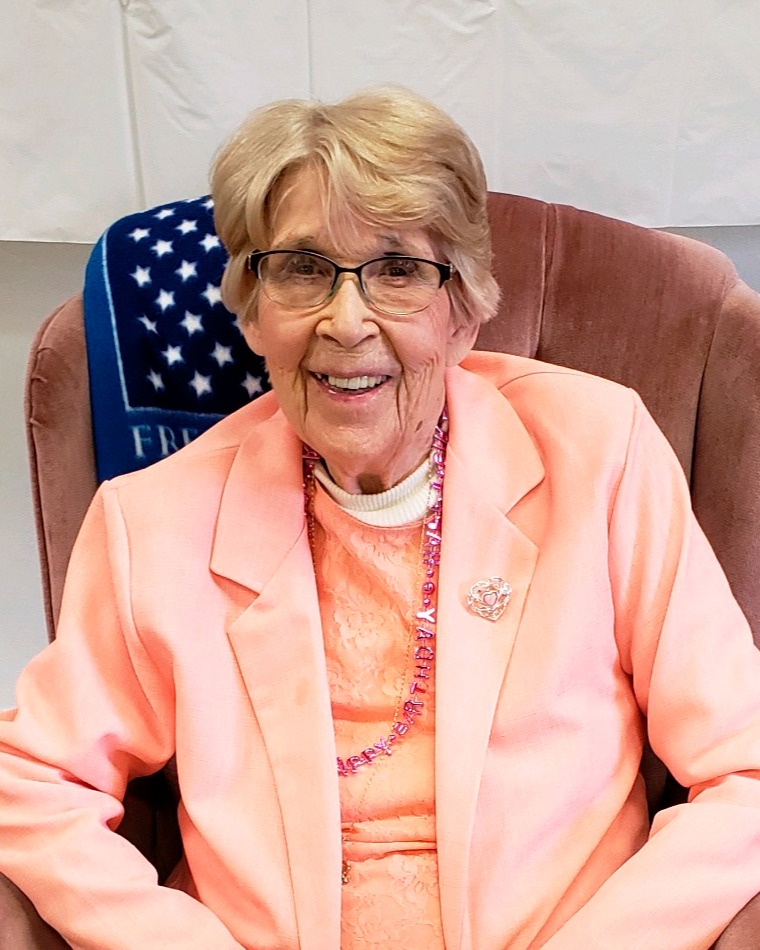 Florence May Werner Fruhwirth was born on May 18, 1922. She died on January 2, 2023, after living 100 years and 7 months. She was very proud of that because she was older than her parents and all of her six siblings.

A Celebration of Life service will be held May 18, 2023, at Parkway Funeral Service, which will help avoid hazardous winter travels for non-local family and friends.

Interment will be held at St. Mary's Cemetery, Bismarck, ND.

She was born and raised in Wells County, ND. She attended and graduated from Sykeston High School in 1939.

Francis and Florence made their home in Wells and Foster Counties of North Dakota, where they farmed until they moved to Bismarck, North Dakota in 1960.

While in Bismarck, Florence attended Capital Commercial College for secretarial training. Francis passed away due to a work-related accident in 1967. In 1969, Florence moved to Denver with her two young sons. She ended up retiring from the Colorado School of Mines in Golden, Colorado in 1989.

While in Denver, she liked to socialize by attending the Singles Dances each week. And she also was a spirited fan of the Denver Broncos. Some of their weekly Bronco parties became quite exciting. She even dyed her hair orange on one occasion. She commented that she would never do that again because it stayed orange for quite awhile.

She enjoyed nature and loved camping in the Rocky Mountains. She bought a motor home and camped as often as she could. She drove her "Honey" motor home to Bismarck several times, including the North Dakota's Centennial Celebration in 1989.

In 2001, she sold her duplex in Wheat Ridge, Colorado, and moved back to Bismarck, where she has resided until her death.  She prided herself in living in her condo all by herself until September of 2022. She then moved into Touchmark's Assisted Living.

She is preceded in death by her parents, John and Lucy Werner; an eight month old infant grandson, James Fruhwirth; two brothers, Harry and Richard; four sisters, Leola, Rosella, Peggy and LaVonne; and one son, Larry and his wife Corrine.

To order memorial trees or send flowers to the family in memory of Florence Fruhwirth, please visit our flower store.
florencefruhwirth.pdf
Open

The time for this service is pending.

There will be a prayer service.