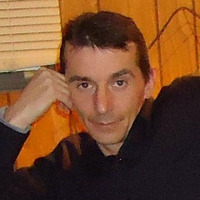 On Aug. 5, 2021, Frank James Olson, 49, Bismarck, reunited with his mother and father in heaven. Funeral services will be held at 2 p.m. Tuesday, Aug. 10 at Parkway Funeral Service, 2330 Tyler Pkwy, Bismarck. Visitation will be held one-hour prior.

Frank was born on October 22, 1971, to Reginald and Barbara (Azure) Olson in Belcourt. He was raised and educated in Minot and obtained his GED in Bismarck.

In 1999, Frank moved to Bismarck and worked for his father’s house moving company, Statewide House Movers. After his dad’s health declined from cancer, Frank took it upon himself to care for him. Frank continued to care for his father until his passing in 2005. This is a testament to who he was as a person. He continued this same care when his mother was diagnosed with cancer until her passing in 2009.

Frank met Stephanie Rud in 1997 and the two welcomed their daughter, Frankie Jo, in August 2005. He was a loving father. His “Boogaloo” was his primary focus and best believe dad gave her everything she wanted! He loved her dearly and will continue to watch over her from heaven. Frank and Steph spent 21 years loving each other unconditionally. Steph was his “Sweetz” aka “Babe.” Frank will always be Steph’s “ALL IN.”

He began working for All Seasons Siding Company with his brother-in-law, Todd Melholff, and continued his career there until his passing.

Frank was a jack of all trades. He loved to build things and recently enjoyed building wishing wells. Frank couldn’t resist a good garage sale, flea market or attending auto actions. His most notable hobby was playing in his band, Rid-in Illegal Clique. He wasn’t one to play the instruments, but he always had the microphone in his hand ready to sing.

He was preceded in death by his parents; infant brother, Jeffrey; and close friends, Mike and Carlos.

To order memorial trees or send flowers to the family in memory of Frank Olson, please visit our flower store.