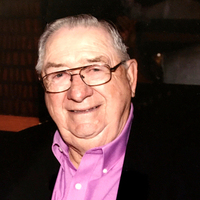 Visitation will be held from 5 to 7 p.m. Monday at Parkway Funeral Service, 2330 Tyler Pkwy, Bismarck. A prayer service and rosary beginning at 7 p.m. and sharing memories following.

Gene was born March 5, 1934, to Harold and Ruby Walters in Jamestown, North Dakota. He married Martha Heil in 1952 and together they had two sons, Douglas and Jeffrey. In 1971 he married Eldora Peterson and gained two daughters, Sharlene and Melinda. Gene managed elevators in rural towns, and later purchased Selz elevator in 1975. He also owned M&M Trucking with a fleet of ten semis. He retired from the business in 2002 and moved to Bismarck in 2004.

Gene was an avid fisherman – there’s no doubt if Heaven has a Lake Audobon, Gene has a line in the water, with a cold Diet Coke in hand, and a livewell filled with walleye; or an ocean with chest waders on, and a saltwater reel catching fish he didn’t know existed.

Gene was a lover of many things, but mostly his family. He would often pack his RV with kids, grandkids, or anyone who wanted to travel to Medora, Canada to fish, or anywhere the road took him.

Gene and Eldora spent 27 years wintering in Southern Texas, where they attended dancing parties, supported local basketball and softball teams, and went on numerous day trips just across the border to Mexico. They loved to travel – four times to Hawaii, which of all his travels this was his very favorite.

Gene will be missed for his contagious belly laughs, generosity, his quick sense of humor, and his selfless love for his family.

And when asked, he was “ready to see Jesus”.

To order memorial trees or send flowers to the family in memory of Gene Walters, please visit our flower store.