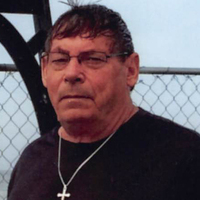 Visitation will be held 5 to 7 p.m. Tuesday at Parkway Funeral Service, 2330 Tyler Pkwy, Bismarck. A vigil service will begin at 7 p.m.

Burial will be held 1 p.m. Wednesday at the North Dakota Veterans Cemetery, Mandan.

George was born in Bismarck, the son of Gabriel and Ivy (Smith) Erhardt. He was raised and educated in Hazelton and moved to Bismarck later in life. He was married to Kathleen Werner in April 1969. They had one son, Jason Erhardt, who was their pride and joy. George served in both the National Guard and Army for many years, including during the Vietnam War. Throughout his years, he also worked as an electrician until his retirement from an injury that occurred on the job.

George enjoyed his time spent serving in the military, hunting and fishing in the outdoors, as well as time spent with his family and friends. He also loved reminiscing about the “good old days.” He always talked about one day building a log cabin and spending the rest of his life out there with nothing around him but open space and the countryside. George loved watching his grandkids play outside and was very excited for the new arrival of his second granddaughter. George will be greatly missed by his family and friends.

He was preceded in death by his father; grandparents; as well as several aunts, uncles and in-laws.

To order memorial trees or send flowers to the family in memory of George Erhardt, please visit our flower store.