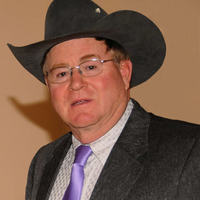 A memorial service will be held at 11 AM, Friday, Oct. 15 at Parkway funeral Service, 2330 Tyler Parkway, Bismarck.

Visitation will be held from 6-7PM Thursday, Oct 14, with a prayer service starting 7PM at as well as one an hour prior to the service at  Parkway Funeral Service. Interment at Arena Cemetery.

George Dallas Pehl was born on August 22, 1951, to George and Dorothy (Barkman) Pehl. He was the fourth George Pehl born in the Pehl family. He grew up on the family farm in Arena, ND. George or “Corky” as he was known to everyone by, attended school in Arena by Wing and graduated from Tuttle Public School in 1969. After graduation, he worked alongside his father on the family farm.

On June 2, 1972, Corky married Susan Hasse, from that marriage came his four children: Heather, Dallas, Erin, and George, V. In 1982, the family was honored to win the Burleigh County Soil Conservation Achievement Award. Corky valued this accomplishment. George “Corky” was a long standing member of the Democratic Party. In 1984, Corky and a friend opened Arena Welding and Manufacturing. The shop designed an ATV safety guard, bale feeders, cattle crossings, loading chutes and did some custom manufacturing and welding for the community.

In 2003, Corky sold the farm and Arena Welding & Manufacturing and moved to Stanton, ND. He bought a property there and began operating construction equipment. George loved this kind of work. This is when he met Pamela Thomas. George and Pamela were married on January 3, 2009. From this union, George gained three step-children, Matthew, Jake, and Shea. George and Pam continued to make their home in Stanton. George belonged to the International Union of Operating Engineers Local 49- Mandan and spent several years running large equipment until he retired.

In 2017, George was diagnosed with Alzheimer’s and in July of 2018 moved to the Baptist Home in Bismarck until the time of his death.

He was proceeded in death by his father, George Pehl, Jr; his mother, Dorothy (Barkman) Pehl; his brother, Neil Pehl and sister-in-law Hazel Pehl.

To order memorial trees or send flowers to the family in memory of George Pehl, please visit our flower store.