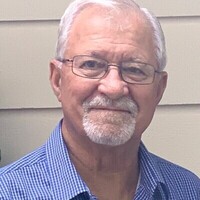 Gerald “Gerry” Marvin Heinle, 73, passed away on Oct. 24, 2021, surrounded by his family at a Bismarck Hospital. A memorial service will be held 11 a.m. Tuesday, Nov. 2 at McCabe United Methodist Church, 1030 N Sixth St., Bismarck. A service livestream will be available on the church’s website: http://www.mccabechurch.com/livestream

Visitation will be held from 5 to 7 p.m. Monday at Parkway Funeral Service, 2330 Tyler Pkwy, Bismarck. A prayer service will begin at 7 p.m.

Burial will be held 2 p.m. Tuesday at the North Dakota Veterans Cemetery, Mandan.

Gerry was born on August 19, 1948, in Bismarck to Herbert and Ruby (Burchell) Heinle. He grew up in Turtle Lake and surrounding areas until they moved to Hastings, Minnesota, in 1962 where he graduated from Hastings High School in 1966. Gerry’s family moved to Casselton in 1968.

Gerry began his military career in August 1969, when he enlisted into the Army as a Warrant Officer candidate. After graduating as an Army Aviator, he deployed to Vietnam as a UH-1C (Gunship) pilot. He served in Vietnam piloting almost daily missions from Dong Tam with the 135th Assault Helicopter Company. During that time, he logged more than 1,100 hours of combat flight time and was shot down at least once. While the combat missions flown by the 135th were dangerous and intense, Gerry’s actions on missions earned him numerous accolades, including the Distinguished Flying Cross and the Air Medal with “V” device for valor.

Shortly after returning from Vietnam, Gerry met Kathy Solberg and they were married on June 17, 1972.  They resided in Casselton and were blessed with three daughters, Rachel, Melissa and Marni, and moved to Bismarck in 1978.

Gerry joined the ND Army National Guard  in 1976 and served as a Warrant Officer until 1979 when he attended and graduated from Officer Candidate School (OCS) in 1980. He moved on to command the 142nd Medical Detachment Air Ambulance and the 1-112th Aviation Battalion; he became the State Army Aviation Officer in 2001. Gerry also earned the US Army Legion of Merit and the Master Army Aviator Badge for logging over 7,000 safe hours. Gerry retired in 2008 as Colonel after serving more than 35 years.

Gerry was an avid sportsman and a true admirer of God’s country. Some of his favorite trips included the goose cabin with his brothers, Galen and Duffy, and his dad, bear hunting in Canada, elk hunting in Colorado, and many fishing excursions to name a few. Gerry also loved yearly snowmobiling trips to Northern Michigan and motorcycle trips to Sturgis and the Black Hills of South Dakota.

Gerry and Kathy took many wonderful beach vacations and enjoyed spending part of the winter in Florida. He loved to admire the view of the sunsets over the ocean.

He loved summers at the cabin on Lake Sallie, Minnesota. He enjoyed sitting around the campfire with his family while listening to favorites such as IZ and the oldies, teaching the grandkids how to fish, sitting in the porch playing sudoku, taking evening pontoon rides, playing bags, his famous fish fry and enjoying the views of serenity the lake offered. He also enjoyed watching westerns. Much fun was had making wonderful memories at the cabin with friends and family.

Gerry had a love for the game of hockey—which transitioned from playing hockey to watching his grandchildren develop their love for the game. He was their biggest fan! They will sure miss their grandpa yell ‘Hit the Net’ from the stands!

Gerry’s beliefs in faith, family and country were the most important things to him. He was a patient and loving husband, father, and grandfather. Gerry will be deeply missed by his wife, Kathy; three daughters, Rachel (Mark) Otterness, Melissa (Ryan) Struck and Marni Heinle; six beautiful grandchildren, Kendra, Mikayla, Payton, Kaden, Kristian and Hadley; one brother, Galen (Sandy) Heinle; a sister, Gale Deutsch; and sisters-in-law, Barb Heinle and Bonnie Terry.

Gerry was preceded in death by his parents, Herbert and Ruby Heinle; brothers, Milton Terry and Myron “Duffy” Heinle.

Memorials may be directed to the North Dakota Veterans Cemetery, Mandan.

To order memorial trees or send flowers to the family in memory of Gerald Heinle, please visit our flower store.