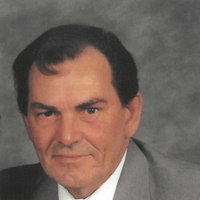 Gleason G. Sackmann passed into the arms of the Lord on May 11, 2022 at his home in San Antonio, Texas, surrounded by his loving family. Gleason was born at Wishek, North Dakota on April 4, 1942 to Ervin Sackmann and Hilda (Kramer) Sackmann.  He graduated from Ashley High School in 1960.  He served in the United States Army.  Gleason was trained as a computer programmer and medical specialist. He later graduated from Minot State University.  He married Janet (Gisi) Sackmann in 1967.

Gleason’s teaching career consisted of teaching the sciences at Belcourt and Bottineau, North Dakota.  He was also a piano instructor after school and a park ranger during the summer months.  He participated in an outreach program from Harvard and received a minor in physics from Harvard.  After leaving classroom instruction, he was a  presenter at many conferences throughout the United States.  He received many awards for his contribution for using technology in education.  He was also selected by Newsweek Magazine as one of the “Net50” in 1995 as one of the people who mattered most on the educational internet.  He ranked number ten.  He was also a presenter at the seminar on New Technologies in Education at Budapest, Hungary.  Gleason was a member of many boards who recognized him for his service to educational technology.

After retirement, a move was made to the Hill Country of San Antonio, Texas.  His hobby was building wooden model ships from blueprints and researching the history of ships.  Texas porch sitting, watching children play, and doing word searches were true enjoyment.  He loved spending time with his grandchildren and asked about them daily. Gleason was so filled with love and pride for his three sons Michael, Christopher, and Andrew.

To order memorial trees or send flowers to the family in memory of Gleason Sackmann, please visit our flower store.