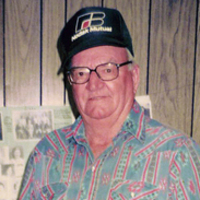 On Oct. 25, 1929, Gordon Glen Clark was born to Roscoe and Florence (Bossingham) Clark in Leith, where he was also raised and educated.

Gordon was drafted into the Korean War on Feb. 21, 1951 where he was a heavy equipment operator. He built runway strips ahead of the front lines. On Feb. 27, 1953, Gordon was honorably discharged with the rank of Corporal.

For most of Gordon’s life, he worked road construction. In 1994 Gordon retired from the North Dakota State Highway Department out of Flasher after 15 years.

After retirement, Gordon enjoyed helping out local farmers with various jobs, attending rodeos, auctions and enjoying his grandchildren as babies.

To order memorial trees or send flowers to the family in memory of Gordon Clark, please visit our flower store.