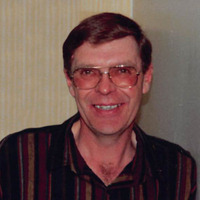 Burial will be held 1 p.m. Wednesday at Menoken Cemetery.

Gordon was born on August 8, 1947 in Bismarck, the son of Walter and Erna (Rasch) Knutson.

Gordon graduated from Bismarck High School in 1965. He continued to farm with his parents after graduation. Gordon married his high school sweetheart, Barbara McLean, on June 8, 1966. After marriage, Gordon and Barb embarked on farming on their own until 1991. Those who plant a seed beneath the sod and waits to see believes in God. Those years brought many happy memories, the most important being the two children they welcomed, Clint and Tara.

He did many types of work throughout the years, including working for implement house, dirt excavating, well drilling, iron work and working for neighbors. The last 20 years before retirement, Gordon worked for a construction company as a heavy equipment operator and truck driver. He had a short retirement filled with many projects, fixing and cleaning. Working with cattle and putting up hay with his son helped fill his time also.

Gordon was the happiest making things work that didn’t and making new inventions. He always liked helping others. Gordon was a gentle man with a gentle spirit – fairness and honesty was his motto. He loved his family and friends.

Gordon is survived by his wife, Barb; children, Clint Knutson and Tara (Scott) Johnson; three granddaughters whom he loved so much, Emilee (Taylor), Kristeen (special friend, Josh), and Theea; sister, JoAn Olson, Wichita, Kans.; brother, Rod (Deanne) Knutson, McKenzie; and many nieces and nephews that he loved so much.

Preceding him in death are his parents, Walter and Erna Knutson; infant sister, Katherine; and brother-in-law, Paul Olson.

To order memorial trees or send flowers to the family in memory of Gordon Knutson, please visit our flower store.