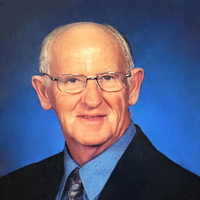 Gregory “Greg” Brady, 86, Bismarck, left this world to be with Our Lord October 5, 2022, at Edgewood Healthcare, Mandan. Cremation has taken place.

Mass of Christian Burial will be held at 10:00 am Friday, October 14, at Church of Corpus Christi, 1919 N 2nd St., Bismarck, with Msgr. Patrick Schumacher officiating.

Greg was born on February 10, 1936, in Carrington, ND, to John Harold and Helen Josephine (Hoyt) Brady. He met his future wife, Margaret Carmody, on a blind date.  They were married on November 26, 1956, at The Sacred Heart Church in Carrington, ND.  They lived in Bismarck, most of their married life. To this union they had four children: Tim, Todd, Terese, and Colleen. Greg worked for Frito-Lay as a District Sales Manager for over 30 years. Additionally, Greg and Marge owned and operated a laundromat and carwash in Bismarck. After his retirement, Greg worked as a groundskeeper at Tom O’Leary Golf Course; he truly enjoyed spending his retirement days on the golf course.

After becoming semi-retired, Greg and Marge spent a few winters in Texas and Arizona, then decided to stay home, to spend more time with their grandchildren and great-grandchildren.

Greg enjoyed traveling, whether on a planned vacation or a quick trip to watch his grandchildren play football, swim/dive, dance, or a musical concert.  Greg was proud of all of his grandchildren and their accomplishments. Over the last four years Greg had the opportunity to make many trips to Detroit Lakes where he thoroughly enjoyed spending time with his daughter, son-in-law, grandchildren and great-grandchildren. Many memories were made over these last few years. Greg enjoyed tinkering around the house; he could fix anything – he was a real handy man. Additionally, he enjoyed caring for his lawn, spending time with their beloved cocker spaniels, and cheering on his favorite sports teams – Go Vikes.

To order memorial trees or send flowers to the family in memory of Gregory Brady, please visit our flower store.