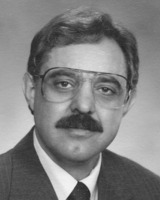 A Celebration of Life service will be held at 11:30 AM, Thursday, April 28, at Eastgate Funeral Service, 2302 E Divide Ave, Bismarck.

Interment will be held at 2:00 PM, Thursday, April 28 at the North Dakota Veterans Cemetery. Military Honors will be provided by the AMVETS organization.

Greg was born on April 15, 1950, in Fargo, the eldest child of Marvin and Celeste Runge. The family later moved to Dickinson where Greg grew up, graduating from Trinity High School in 1968.  Following high school, he joined the United States Air Force.  He was stationed at Lackland Air Force Base in Texas, Keesler Air Force Base in Mississippi, and Hamilton Air Force Base in California. He received a commendation medal for his service at Keesler after Hurricane Camille.  He went on to serve as an air traffic controller during the Vietnam War and was honorably discharged in 1975.  He then returned to North Dakota to work at Bismarck Airport.

After the national air traffic controller strike in 1981, Greg pursued his academic career, entering and graduating from Bismarck Junior College in 1982. He went on to get a Bachelor of Science in Public Administration, cum laude, from the University of North Dakota, Grand Forks, in 1984, and earned a Juris Doctor degree from the University of North Dakota School of Law in 1988.  After graduating, he started a private law practice in Bismarck, and was the primary mental health contract attorney for Burleigh and Morton Counties for over 30 years. He was admitted to the North Dakota Courts as well as the United States Eighth Circuit Court of Appeals and the United States Supreme Court.

Greg loved music, reading, and his three West Highland Terriers: Sancho, Ria, and Mika. His favorite form of music was rock and he attended many concerts, amassing a significant collection of band t-shirts during his lifetime.  He regularly played Texas Hold’em Poker at the AMVETS in Bismarck and was a FPN League State National Qualifier in 2012, 2019, and 2020.

In lieu of flowers, donations can be made to the Dakota Lions Sight & Health @ dakotasight.org.

To order memorial trees or send flowers to the family in memory of Gregory Runge, please visit our flower store.