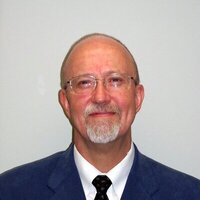 Greg Stites, of Bismarck, passed away on May 25, 2022 at Bismarck’s Sanford Hospital after a battle with pulmonary fibrosis. He was 71 years old.

Greg was born on May 18, 1951 to Clifford “Kip” and Maxine Stites. He was the youngest of the couple’s four sons. Kip and Maxine were both the first in their families to graduate from high school. They were adamant their sons would be the first generation to graduate from college. Each of the four Stites sons graduated with post-graduate degrees, an achievement Kip and Maxine ranked as among their proudest parental accomplishments.

Greg was active in the Boy Scouts throughout his youth and was forever proud to have earned the rank of Eagle Scout. The impact the Boy Scouts had on Greg made him a lifelong and devoted advocate of scouting. After graduating from Oakes High School, Greg attended the University of North Dakota where he earned a bachelor’s degree in industrial engineering. During his senior year, he was chosen as UND’s Outstanding Industrial Engineer. Greg loved the idea of combining a law practice with engineering, earning his Juris Doctorate from the UND School of Law in 1977.

Greg practiced law in Jamestown before joining Western Gear Corporation where he worked as senior legal contracts administrator for the firm’s flight structures division from 1981 to 1984. The work required top-secret security clearance and allowed him to work on a range of highly complex commercial and military aerospace projects.

After a four-year stint traveling the world and taking a swipe at medical school, he decided the continued practice of law was his life’s work. North Dakota Insurance Commissioner Earl Pomeroy hired Greg to serve as the state Insurance Department’s general counsel. Greg found the work challenging and rewarding. He played critical roles managing investigations, examinations, and registrations along with developing policies, rules, and legislation. Greg represented the Insurance Department in litigation before the North Dakota Supreme Court and the U.S. Eighth Circuit Court of Appeals. It also introduced him to the National Association of Insurance Commissioners (NAIC).

Most importantly, it was during his time in the Insurance Department that Greg met co-worker Nancy Guy. They were together from that time forward, eventually marrying on December 31, 1990. Their marriage was a true partnership. Greg’s happiness in life was that he had found and married his best friend.

Greg’s work in insurance regulation led to professional opportunities outside of North Dakota. Greg and Nancy moved to Austin, TX in 1991 where he represented state insurance departments with insurance companies in receivership for the law firm of Rubenstein & Perry.

In 1994, Greg and Nancy relocated to Kansas City, MO where he served as senior counsel for the NAIC, while also owning and operating a The UPS Store franchise with Nancy. Greg’s NAIC legal skill was recognized by U.S. Supreme Court Justice Ruth Bader Ginsburg who personally invited Greg to attend oral arguments on a major insurance case before the Court. She directly quoted Greg’s friend of the court brief in the majority opinion she delivered for the Court.

Greg joined DXC Technology as senior counsel and compliance officer in 1998. Wanting to be closer to family and aging parents, Greg and Nancy returned to Bismarck in 2006 where they owned and operated a The UPS Store franchise while Greg continued to work remotely for DXC. Greg retired in 2017 and Nancy joined him in retirement in 2019.

Greg was passionate in his beliefs and you always knew where he stood. Hypocrisy, narrow-mindedness, and lazy thinking were cardinal sins to him. Greg loathed bullies of any kind and was a passionate advocate for human rights and ethics in government. He cherished democracy, pragmatic policy-making, and the U.S. Constitution, which he was sworn to uphold. In his later years, Greg was immensely proud of Nancy’s public service on the Bismarck City Commission and was always her strongest supporter and greatest admirer.

If you were Greg’s friend, you were his friend for life and you were always treated to thoughtful conversations that sprung from his ever-curious mind, which was fueled by his world travels, his curiosity of other cultures, and his interests in books, ideas, and the arts. Greg’s tender heart was best on display for his four-legged friends, dogs, horses, and the occasional very special cat.

Greg’s engineering skills found their outlet in building, fixing, and fearless home remodeling. He was most content working with his hands as a craftsman. He frequently rearranged Nancy’s artful groupings into straight lines, with items sorted by size. Friends and family can also attest to his prodigious skills as a bargain shopper who always found the best deals on automobiles, boats, campers, and just about everything else.

Greg was proceeded in death by his parents, brothers Randy and Deane, Nancy’s parents, William L. and Jean Guy, and sister-in-law Jane Guy.

A celebration of Greg’s life will be held in the summer. In lieu of flowers, donations can be made to North Dakota Dollars for Scholars https://northdakota.dollarsforscholars.org/, Furry Friends https://furryfriendsrockinrescue.org/, and Planned Parenthood,  https://www.plannedparenthoodaction.org/planned-parenthood-south-dakota-advocate.

To order memorial trees or send flowers to the family in memory of Gregory Stites, please visit our flower store.