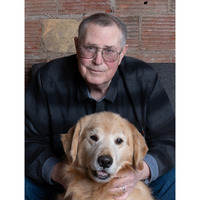 A memorial service will be held at 1:00 p.m. Saturday, June 18, 2022, at Parkway Funeral Service, 2330 Tyler Pkwy, Bismarck. Visitation will be held one hour prior to the service. Cremation has taken place.

Guy Michael McCommon was born on May 27, 1952, and for the next 70 years lived every day to its fullest. Along the way he committed himself to service: to his country, to his loved ones, to his fellow veterans, and to anyone whose day he thought he could make even a little bit better. He passed away on June 12, 2022.

Born to Donald and Pat McCommon, Guy was raised in Jamestown, ND, and was a star distance and butterfly swimmer for the Jamestown swim club and high school. He graduated from Jamestown High School in 1970 and began one of the most impactful journeys of his life by enlisting in the U.S. Navy. Guy served two tours in the Vietnam War as a medic and hospital corpsman. He was honorably discharged from the service but would soon find himself called back to service.

After his return to the United States, he started a family and spent time working as a law enforcement officer and paramedic. Eventually he would realize that everything he had done up to that point had a common denominator – helping people – and determined to focus his efforts on social work. Over the years, Guy would graduate from the University of Mary with a double major in Social Work and Social/Behavioral Sciences, obtain a master’s degree in social work from New Mexico State University in Las Cruces, New Mexico, and became a Licensed Independent Clinical Social Worker. With a wealth of enthusiasm – and even more heart – he dove into his work, most notably in the early years of his career by counseling patients at the North Dakota State Hospital in the Child and Adolescent Unit.

Eventually his love of country beckoned him into what he considered the pinnacle of his professional life: working with veterans. He opened the first Vet Center in Las Cruces, New Mexico, and spent several years there as a team leader before returning to North Dakota and assuming the same role in Bismarck and Minot. In 2006 he was awarded the American Legion Gold Medal of Merit for his dedication to helping veterans.  In 2015, he “retired,” and then promptly went to work for Decoteau Trauma and Lutheran Social Services, working with young people and veterans. For the last seven years he served on the Board of Directors for Service Dogs for America.

Somewhere along the way, Guy realized the two great loves of his life: his wife, Linda Lang, and his dogs (not necessarily in that order). Together for over 25 years and married for 22 of them, Guy and Linda explored the country together. Which, if we are being honest, is a nice way of saying that they couldn’t decide which they loved more - North Dakota and New Mexico - so they soaked up as much of both as possible. At the same time, Guy would rarely be found without one of his beloved dogs by his side, from Tuscon, to Max and Lily, to Cooper and Sawyer. In recent years, Cooper not only became a certified therapy dog but also Guy’s constant companion. Whether at the office where Cooper helped with Guy’s counseling, the public library participating in the B.A.R.K. (Bismarck Animals Reading with Kids) program, or a McDonalds drive-through at six in the morning, Guy and Cooper were best friends and partners in crime.

Guy was preceded in death by his parents, Donald and Pat McCommon. He is survived by his wife Linda, dogs Cooper and Sawyer, children Kimberly and Josh, stepson Chris (Krista), sisters Cel (Myron) Schlafman and Diane (Mike) Opdahl, brother Don (Betty), four grandchildren (Cole, Dionicio, Savanna and Stana) and many nieces and nephews.

In lieu of flowers, the family asks that donations be made to Service Dogs for America in Guy’s name.

To order memorial trees or send flowers to the family in memory of Guy McCommon, please visit our flower store.