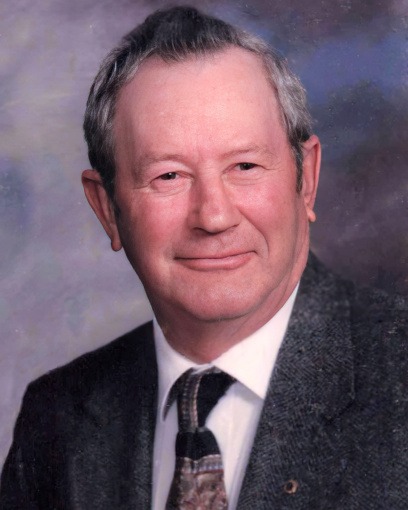 Harry “Bud” Reamann, 88, Braddock, passed away January 2, 2023, with his wife Loretta by his side. Funeral services will be held 11:30 a.m. Friday, January 6 at Parkway Funeral Service, 2330 Tyler Pkwy, Bismarck. Visitation will be held one hour prior at the funeral home.

Harry was born September 20, 1934, to Harry and Pearl (Sorem) Reamann on the family farm.

He attended country school and graduated from Braddock High School in 1952. After graduation, he worked in Bismarck for a year. He knew his draft number was coming up, so he joined the military early. Harry took his basic training at Fort Riley, Kansas. He served for two years; 18 months were spent in Japan. After he was discharged, he started farming with his brother, Harvey. He was a farmer for the rest of his life.

Harry met Loretta Seidel in 1956 and they were married on November 3, 1957. To this union, three children were born: Tim, Mark, and Shelley.

Bud was on the Braddock school board for 19 years and was the President of the Emmons County Special Ed program. He was a 50-year charter member of the Braddock Lions Club.

He had a private pilot’s license and at one time owned three different airplanes – a J3, Stinson, and Taylor Craft.

He was a very good mechanic. As a child he would take things apart just to see what made them tick. One winter as a teenager, he over-hauled a Model T engine on his mother’s dining room table. He bought the car from his grandfather, Henry Sorem, for five dollars!

To order memorial trees or send flowers to the family in memory of Harry Reamann, please visit our flower store.