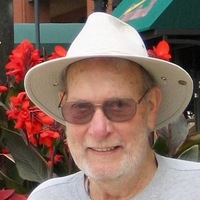 Harvey “Chris” Christian, 85, Bismarck, passed away peacefully at Augusta Place on January 26, 2021. A committal service will be held on February 2 at 1 pm with interment at the North Dakota Veterans Cemetery, Mandan.

Harvey was born April 4, 1935 in Lemmon, South Dakota to William H. Christian and Vivian A. Bartel, the third of four children. He graduated May 29, 1953 from Augustana Academy in Canton, South Dakota where he excelled in track and field and baseball, lettered in basketball and football, and was the president of the Luther League.

Harvey served in the US Army from 1954-1961. He attended basic training at Fort Riley, Kansas and was stationed in Lenggries, Germany where he was assigned to the USAREUR Quartermaster School for specialist training. He received the National Defense Service Medal and Army of Occupation Medal (Germany).

After an honorable discharge from active duty Harvey traveled to California and met JoAnne Langren from Lafayette on a blind date. They married August 18, 1957.  This union was blessed with two children, Connie Lynne and Cory Lane.  They resided in Oakland where Harvey worked for Standard Oil as a gas station attendant. He continued his education at Oakland City College, earning an AA in Business Administration June 19, 1963.

Harvey furthered his work in business management in the San Francisco Bay Area and Sacramento area from 1963-1981 working for American Toy Company, JC Penny, Hunt Wesson Foods, and Western Pine Supply Company. Harvey married a second time to Susan Taylor on August 29, 1970.  He began work with the California Department of Corrections and Rehabilitation in 1982 at San Quinton State Prison as a Factory Supervisor. He married a third time to Carole Wallace on March 5, 1989. He owned Harvey’s Sports Bar in Woodland from 1991-1994. Harvey was working at Corcoran State Prison as a Vocational Instructor when he retired from CDCR in 1997.

Harvey was an avid sports enthusiast and supported his favorite basketball and football teams with great dedication. He spent time outdoors camping, scuba diving, boating, and teaching his children to water and snow ski. He enjoyed reading, coin collecting, photography, tracing his genealogy, and restoring vintage automobile engines. He obtained a private pilots license and spent countless hours on the golf course with friends. After retirement he purchased a Pace Arrow RV and lived the life of a snowbird. Traveling the back roads and spending winters in Brownsville, Texas or Lake Havasu City, Arizona and summers in Mandan, North Dakota doing what he loved most, golfing and barbequing with family and friends. He never passed up sharing a good joke or story with those around him.

Harvey is survived by his brother, Milan Olsen; his children Connie and Cory; grandchild Andrew Christian; numerous nieces and nephews and several friends.

Harvey was preceded in death by his parents; sister Lauretta Bartole; brother George Kastelyn and first wife, JoAnne Langren Christian. His daughter was with him the day he passed and although our hearts are heavy, we find comfort knowing he is at rest after a life lived fully.

In lieu of flowers, your support would be appreciated by making donations to the North Dakota Veterans Cemetery or a Veteran’s organization of your choice.

To order memorial trees or send flowers to the family in memory of Harvey Christian, please visit our flower store.