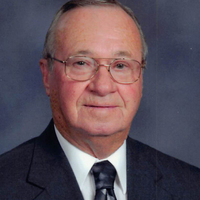 Harvey Weisgram, 88, passed away on Dec. 24, 2020 with his loving family by his side. Funeral services will be held 1 p.m. Wednesday, Dec. 30 at Parkway Funeral Service, 2330 Tyler Pkwy, Bismarck. The funeral and graveside service will be live streamed on the funeral home website.

Burial will be held at North Dakota Veterans Cemetery, Mandan.

Harvey was born on Sept. 21, 1932 to Lydia and Frank Weisgram at Java, S.D., where he was raised and attended school. Upon graduation from high school, he enlisted in the U.S. Navy and proudly served his country four years aboard a battleship as a Gunner’s Mate. It docked in many European countries and kept a large photo album of all seen. While on leave, he married his high school friend, Sallie Schlepp at Java, S.D.

They resided in St. Louis for a year where Harvey attended Bailey Technical Institute. After graduation, they resided in Mobridge, S.D., where Harvey began employment at the Chevrolet dealership. He was named to “Only the Best Club” as one of the top 85 service managers in the nation based on customer satisfaction. He was honored as president of the Denver zone, placing first of 90 dealerships nationwide for his high level of customer satisfaction at his dealership, and top performance and dedication to the professional management of service operations. He was awarded trips to Madrid Spain, Puerto Rico, Alaska, Hawaii and others.

He was active in the Mobridge community and served as a volunteer fireman and assistant fire chief for 40 years. Harvey was a member of Oahe Sportsmen’s Club, the local Ducks Unlimited, Moose Lodge and a lifetime member of the American Legion.

After his retirement of 40 years with the Chevrolet dealership, the Weisgrams sold their home and moved to Bismarck to be near their family. While visiting with employees at Puklich Chevrolet, they encouraged him to take the courtesy car driver position. Once again, he was employed with Chevrolet for an additional 20 years. He so enjoyed the employees and customers he met and provided rides for. Unable to work full time, he was generously given the option to come into work and assist with various duties at the dealership.

He was very blessed to enjoy watching his grandchildren grow into adulthood as well as welcoming great-grandchildren. He enjoyed attending all their school and special events.

Other than his love of fishing and hunting, he spent time in his home shop, cutting and painting wood projects, crafts and scenic pictures.

The family would like to thank Elyse Puklich and the employees at Puklich Chevrolet as well as Laura and the staff at Sanford Dialysis.

To order memorial trees or send flowers to the family in memory of Harvey Weisgram, please visit our flower store.