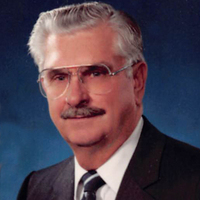 Herbert Harold Schlaht, 98, Bismarck, formerly of Turtle Lake, passed away on Good Friday, April 2, 2021 at Edgewood Vista. Funeral services will be held 10 a.m. Wednesday, April 7 at Parkway Funeral Service, 2330 Tyler Pkwy, Bismarck. Visitation will begin at 9:30 a.m. at the funeral home. A service livestream will be available on the funeral home’s website, listed below.

Herb will be laid to rest next to his wife, Lois, at the Turtle Lake Cemetery.

Herb was born July 19, 1922 to John and Pauline (Baumiller) Schlaht on the family farm south of Mercer. On June 2, 1946, Herb married Lois Finch in Turtle Lake.

He was a strong Christian man, loving husband and father and was a hard worker. He raised cattle, farmed and drove school bus for Turtle Lake Schools. He particularly enjoyed driving the school activities bus and was able to enjoy watching his sons compete in all sporting events. He was an excellent bowler and carried a 180-plus average well into his 80’s. He also liked golfing and was proud of his hole-in-one. Herb took pleasure in his years of service at the Turtle Lake Baptist Church and Century Baptist Church.

He was preceded in death by his wife of 66 years in 2012, Lois; parents, John and Pauline Schlaht; sisters, Ruth, Leona, Irene, Bernice, Francis and Lillian.

The family gives a special thank you to the Edgewood Vista staff for their amazing love and care given to Herb during his almost-12 years as a resident.

Memorials are preferred to the Turtle Lake Cemetery.

To order memorial trees or send flowers to the family in memory of Herb Schlaht, please visit our flower store.