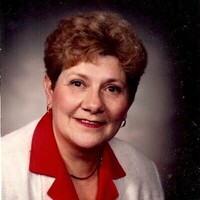 Hildegard “Heinie” Connell passed away Sept. 26, 2021.  Funeral Services will be held at 9:30 a.m. (CT) Saturday, Oct. 9 at Church of St. Mary, 806 E Broadway Ave., Bismarck.  There will be Rosary at 9 a.m. (CT).  Interment will be at 2:30 pm (MT) St. Mary’s Cemetery, Richardton. A gathering to share memories of Heinie will be held immediately following the service. A recording of the Funeral Mass is available here.

Hildegard “Heinie” (Heinert) Connell was born November 6, 1934, on the Heinert family farm north of Taylor to Christ and Beatrice (Kary) Heinert. Heinie grew up and attended country school near the family farm. She moved to Dickinson and lived with her Aunt Monica Tooley during the school year. She graduated from Dickinson High School in 1951 at the age of 16. After high school, Heinie attended and graduated from St. Alexius School of Nursing, Bismarck, in 1954. She worked as a Registered Nurse for over twenty years and then studied for her real estate license and then became a licensed Realtor in 1977. She worked as a Realtor in the Bismarck area for the next 25 years or so.

At age 14, Heinie began her career in healthcare on the Labor and Delivery floor at St. Joseph Hospital in Dickinson. She started St. Alexius School of Nursing in Bismarck at age 16. Upon graduation, she worked as a college nurse at Dickinson State College. It was there that Heinie met her future husband, Fay Connell, when she administered him a vaccination via a “shot” in the rear end. Evidently it was love at first sight, as they were married in September 1956.  She continued to work private night duty at St Joe’s while working at the college and began having babies. Mom had the first four of her five kids before her fifth wedding anniversary. After Fay finished college at Dickinson State College, the family moved to Gladstone and Heinie worked nights at Richardton Hospital as a Registered Nurse. After five years in Gladstone, the family moved to Hazelton and Heinie began working as Head Nurse at the Linton Hospital just down the road from Hazelton. This was in the late 1960s and it was there that Heinie was instrumental in implementing the new (at the time) Medicare system for the hospital.

After five years in Hazelton, the family moved to Bismarck and, over the next several years, Heinie worked at various nursing jobs, including at

As a realtor, she especially loved helping people buy their first homes. She established many long-term friendships with her clients. She guided each one of her kids through their first home purchases. In 1998 Heinie moved to Denver to help care for her granddaughter, Lauren, while Joan and Mike finished their medical training.

Heinie had a passion for the arts and shared it with her children. She felt pure joy listening to Guy and Joan play their instruments and was their chief groupie. She supported local artists including photographers, painters, sculptors, and musicians. She served on the Bismarck Symphony Board for several years.

Heinie possessed a sharp intellect and was an excellent diagnostician as a nurse. She loved connecting with her real estate clients and was more pleased if they were happy with their new home than with any commission she made with a sale. She modeled the value of hard work and dedication to others. Mom loved a good practical joke as all her children and many of her friends can attest.

Mom taught us by example to work hard to achieve our goals, to stand and fight for what we believe in, to appreciate and be kind and generous to everyone, and to love fiercely. Building and nurturing a strong and close-knit family was her main goal and her greatest accomplishment.

To order memorial trees or send flowers to the family in memory of Hildegard "Heinie" Connell, please visit our flower store.