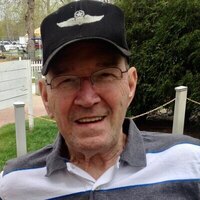 Burial will be held 1 p.m. at the North Dakota Veterans Cemetery, Mandan.

Col. Morris was born on February 6, 1946 in St. Louis, Missouri. In 1964, he joined the U.S. Army. Subsequently, he attended flight school to earn his commission as a Warrant Officer. He served in the Vietnam War as part of the 1/10 Cavalry flying helicopters. Col. Morris earned many medals, including the Distinguished Flying Cross, Legion of Merit and Meritorious Service Medal.

His final duty station brought him to Bismarck, serving as the Senior Army Advisor to the North Dakota National Guard where he retired with 33 years of service to our country.

Col. Morris loved God and his country – a true patriot. He was a kind and loving husband, father and “Papa” to his grandchildren and great-grandchildren. He loved the outdoors and enjoyed hunting, fishing, camping, woodworking and NASCAR. His sense of humor was unmatched and enjoyed board games with his family.

To order memorial trees or send flowers to the family in memory of Jack Morris, please visit our flower store.