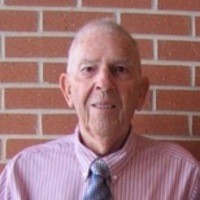 His higher education was interrupted when he served in Korea for 16 months from 1952 to 1954, having attained the rank of Sergeant in the Army before he was honorably discharged.

Jack and Virginia loved to spend time with family and friends.  They enjoyed camping, which they did in the summer with their children, and all year round after retirement, wintering in AZ.  Jack eventually settled in Needles, CA, where he and Carol lived for years prior to moving to Marion, IA in 2021 to be near family.  Jack was also an avid hunter and fisherman, and he loved to play cards.  He was a member of the Fraternal Order of Eagles, the Veterans of Foreign Wars, the American Legion, and the National and ND Education Associations.

He is survived by his children David (Laura) of Baltimore, MD, Charles (DeAnn) of Robins, IA, and Mary (Thomas) Smith of Williston, ND; his companion Carol McLeod of Marion, IA; his sister Anne Kolstad; 8 grandchildren; 12 great grandchildren; and many nieces and nephews.

He was preceded in death by his parents Jake and Margaret, his wife Virginia, his infant daughter Jacquelyn, his brothers Ben and Jules, and his sisters Julie Miller, Carol Sickler, and Megs Priess.

Services will be held at St. Anne Catholic Church in Bismarck, ND at 11:00 AM on Friday, October 7.  Interment with military rites will be held afterwards starting at 2:00 pm at the North Dakota Veterans Cemetery in Mandan, ND.

Memorials may be directed to the family (Charles Sitter, [email protected]), or to an organization of your choosing.

To order memorial trees or send flowers to the family in memory of Jacob Peter Sitter, please visit our flower store.