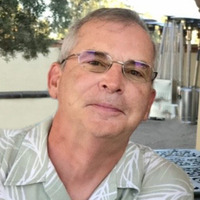 Jim was born June 13, 1952 in Bismarck to John H. and Ruth L. (Gebhardt) Schmidt. He graduated from Bismarck High School in 1970. In 1971, he enlisted in the U.S. Army and was stationed on the East German Border near Fulda, Germany. He received an honorable discharge in 1974.

Jim graduated from Bismarck State College in 1976 with an automotive technology certificate.

He was an avid stamp collector since the age 11. Jim played softball and bowled for many years. He was a junior bowling coach and a cub scout leader/assistant scoutmaster for Boy Scout Troop 123. He was an unwavering fan of the Minnesota Vikings and Twins. Jim loved reading, working on the yard and traveling.

He was preceded in death by his father and mother, John and Ruth; and brother, Anthony.

In lieu of flowers, Jim requested that donations be made to a children’s charity or the Dakota Zoo. A celebration of life will take place at Capital City Sporting Clays the evening of June 7.

To order memorial trees or send flowers to the family in memory of James Schmidt, please visit our flower store.