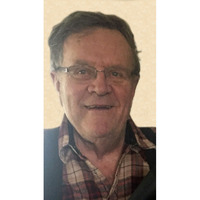 James “Jim” Edward Schuster, 78, Bismarck, passed away Feb. 17, 2022, following a 10-year battle with Parkinson’s Disease. A memorial service will be held 12:30 p.m. Monday, May 9 at Good Shepherd Lutheran Church, 106 Osage Ave., Bismarck. Visitation will begin one hour prior to the service.

Burial will be held 3 p.m. Monday at the North Dakota Veterans Cemetery, Mandan.

Jim was born April 21, 1943, to LaVern and Verna (Parde) Schuster in Beatrice, Nebraska. He attended school in Breckenridge, Minnesota, graduating from Breckenridge High School in 1960. Growing up, Jim worked on the family farm in Rothsay, Minnesota. After high school, he enlisted in the U.S. Navy. He joined the Navy to see the world, but spent most of his career in Cape Hatteras, North Carolina. He was honorably discharged in 1964. Following the Navy and after farming for a few years, Jim attended North Dakota State College of Science in Wahpeton. He graduated with a degree in Electronics. Jim was recruited as a system engineer for IBM and spent 33 years working at a job he loved and for a company he was so proud of. He retired from IBM in 2001.

Outside of work, Jim was an avid big game hunter, fisherman, and spent many summers at the cabin at Lake Sakakawea with family and friends.

He also raced snowmobile in his early years. He was a constant thinker and invented a plate for slowing down a fishing boat. In his earlier years, he owned and operated the Washburn Auto Shop.

Jim also enjoyed many years as the owner and hunting guide at Mouse River Outfitters – a goose hunting lodge in Kramer, North Dakota.

Jim met his wife, Claudia, in Bismarck and they were united in marriage at Good Shepherd Lutheran Church on January 6, 1970. This year marks 52 wonderful years together!

Jim was preceded in death by his parents; and brother, Calvin Schuster.

In lieu of flowers, memorials may be sent to the Parkinson's Disease Foundation or to the charity of the donor's choice.

To order memorial trees or send flowers to the family in memory of James "Jim" Schuster, please visit our flower store.