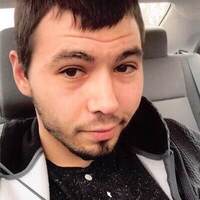 Funeral services will be held 11 a.m. Monday, May 2 at Parkway Funeral Service, 2330 Tyler Pkwy, Bismarck. Family will begin greeting visitors one hour prior at the funeral home.

Jason was born on December 23, 1992, to Donna Baker and Virgil Laib. Jason was born in Bismarck and raised in McClusky, where he attended school and later obtained his GED.

Jason enjoyed spending most of his time with his two-year-old daughter and teaching her new things. He also enjoyed many other things like farming, listening to music, fishing, and driving around along side of his significant other, Lacee Gawryluk.

Jason was an amazing father and person and will be missed dearly.

To order memorial trees or send flowers to the family in memory of Jason Laib, please visit our flower store.