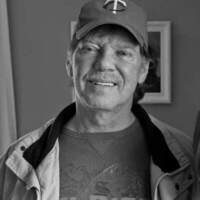 Visitation will be held from 5 to 8 p.m. Monday at Parkway Funeral Service, 2330 Tyler Pkwy, Bismarck.

Burial will be held at Kyseth Cemetery.

Jeff was born in Richardton on July 23, 1955, to Kenneth and Betty Selle.  He grew up on a farm near Halliday, where he attended school. He played the trombone and learned carpentry and leather work.  He moved to Arizona in high school, where he finished his senior year.  In 1973, he moved to Idaho and worked at Diamond International Sawmill until 1977 when he moved back to Arizona and attended auto mechanic school.  He later moved to Dodge and opened his own garage shop.  It was there that Jeff met and later married Janice Harter on June 25, 1983, and where they started their family together.  Although they divorced, they remained good friends to the end.  Jeff worked at the Dakota Gasification Plant in Beulah for 30 years and retired in 2018.  In 2010, Jeff was diagnosed with Amyloidosis, a rare blood disease.  He attended the Mayo Clinic where he underwent treatment to manage the disease.  Jeff battled with the Amyloidosis for 11 years before being admitted to the hospital in August 2021.  He fought a good fight but ultimately succumbed to the illness.

Jeff loved life to the fullest.  He was selfless in every way, often putting himself last. He expressed a genuine interest in other people and was always there to help.  He was also a man of deep faith, never passing up an opportunity to pray with or for someone in need. He spent his time with his family and following sports, particularly the Vikings and the Twins.  He loved to joke and make fun of his kids, often playing practical jokes on them.  Finally, he loved a good cup, or pot, of coffee.

Jeff was preceded in death by his parents, Kenneth and Betty; and his sister, Jeannette.

To order memorial trees or send flowers to the family in memory of Jeffrey Selle, please visit our flower store.