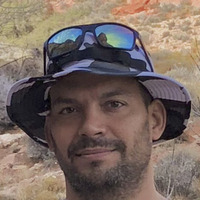 Jesse passed away March 14, 2022 from injuries sustained in a single vehicle rollover in Las Vegas, NV at the age of 41.

A graveside service will be held at 10:00AM, Friday, May 13 at the North Dakota Veterans Cemetery, Mandan.

He was born June 8, 1980 and raised in Las Vegas. After high school he entered the Marine Corp. He proudly served his country in Afghanistan shortly after 9/11 as a mortarman. In 2002, he was honorably discharged as Cpl. Jesse E. Salas III. Jesse lived a short time in Bismarck, North Dakota where he earned certifications in Mechanical Maintenance and HVAC at Bismarck Community College.

To order memorial trees or send flowers to the family in memory of Jesse Emanuel Salas III, please visit our flower store.