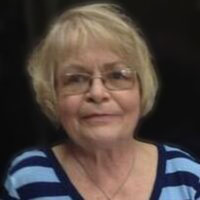 Joan Marie Olander, 74, Mandan, passed away on Tuesday, March 15, 2022, at her daughter’s home surrounded by her family.

Joan was born on April 5, 1947, in Dickinson, the daughter of Alvin and Margaret (Kreitinger) Fasching. She was raised in Golva, until her family moved to Mandan.  Joan graduated from Mandan High School and attended college in Fargo. On July 8, 1967, she married her high school sweetheart, Brian B. Olander. Joan’s priority became raising their family. She enjoyed gardening, cooking, baking, and being a Girl Scout leader.  She loved spending time with her family, friends, and her grandchildren.

Joan was preceded in death by her parents, Alvin and Margaret Fasching; brothers, John and James; and her sister, Judy Wuitschick.

In memory of Joan, please honor her love for mother nature and plant some trees or flowers this spring! Memorials are preferred to the Crohn’s and Colitis Foundation, St. Jude Children’s Hospital or the memorial of your choice.

A celebration of life will be held at a later date this summer.

To order memorial trees or send flowers to the family in memory of Joan Olander, please visit our flower store.