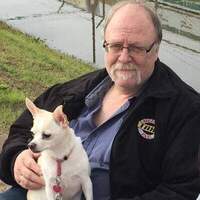 Visitation will be held from 5 to 7PM, Thursday June, 30 at Parkway Funeral Service and will continue at 9AM.

He was born on September 15, 1961 in Mandan to Wilbert and Margie Kroh.

Joel graduated Bismarck High School in 1979. He owned and operated Metro Express for 13 years, he enjoyed working on old cars.

Joel was preceded in death by his father, Wilbert, two brothers, Allen Kroh and Kelly Kroh.

To order memorial trees or send flowers to the family in memory of Joel G. Kroh, please visit our flower store.