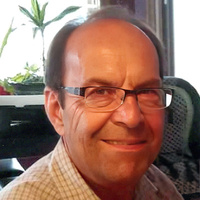 Visitation will be held from 4 to 6 p.m. Thursday at Parkway Funeral Service, 2330 Tyler Parkway, Bismarck, where a rosary/vigil will begin at 6 p.m. Visitation will continue one hour prior to the service at the church.

Interment will be 12 p.m. at the North Dakota Veterans Cemetery, Mandan, with military honors.

John was born on July 8, 1947, in Mandan, to Anton and Alouise (Jochim) Michlitsch. He graduated from Flasher High School in 1966. John was drafted by the US Army on June 8, 1967, and courageously served in the Vietnam War, receiving a Purple Heart along with many other military honors. John achieved the rank of sergeant and was honorably discharged on June 6, 1969.

John married the love of his life, Sharon Friesz, on June 3, 1972. In 2022, they celebrated their Golden Anniversary. From this marriage, they raised their only son, Tim.

He was preceded in death by his parents, Anton and Alouise; an infant brother; in-laws Jacob and Mathilda Friesz; and other extended family members.

To order memorial trees or send flowers to the family in memory of John Michlitsch, please visit our flower store.