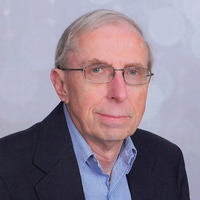 He was born to Ephrom and Marie (Heltemes) Owens on October 20, 1939, in Mandan. He attended school at St. Joseph’s Grade School in Mandan until the fourth grade when his family moved to Bismarck. He then attended St. Mary’s Grade School and St. Mary’s Central High School until he graduated in 1957. This Catholic education laid the foundation for a life based in faith and service to the Lord. During high school Jack was a proud marble player and often entertained his family with stories of how he won the city and district Marble Championship in May 1953. He went on to place second in the State Tournament.

After high school Jack enlisted in the Navy. He graduated from Radar School in Norfolk, Virginia, then was assigned to the USS Epperson DDE719 home ported at Pearl Harbor, Hawaii. Jack was honorably discharged on September 29, 1960. He went on to graduate from Bismarck Junior College and the University of North Dakota.

Jack married Kathleen Renner on August 20, 1966, at St. Joseph’s Catholic Church in Mandan. The couple moved to Minneapolis where he worked for Montana Dakota Utilities in their home office. When the company moved their headquarters to Bismarck, the couple also returned to the city. Jack went to work for Provident Life Insurance company in October 1969 where he stayed for 26 years. He took early retirement when the company downsized and began a new career with Dakota Fire Insurance Company. He retired from there on August 31, 2006, but continued to work part-time for them until December 2010.

In his early years Jack enjoyed playing fast pitch and slow pitch softball, as well as bowling. As his young family grew these hobbies were replaced by playing catch in the back yard and becoming the biggest cheerleader for his two daughters, Stephanie and Shannon and later his grandkids, Kaitlyn, Abby and Luke.  He recently became a great grandfather and had big plans of cheering Berkley on in her various endeavors as well. The Lord had other plans for him, but we know he will be watching from above where we hope there is always a soft seat, and the temperature is just right. In addition to his duties as number one supporter, Jack enjoyed spending time with his wife of 55 years, Kathy. They enjoyed their adventures to the casino and sharing in each other’s victories on the penny slots. You could often catch them rehashing the big wins during a slow day on the home front.

Jack was a member of the Mandan Moose, AMVETS and a life member of the Bismarck ELKS. His greatest pleasures came from the time he spent with his family especially his grandchildren and great-grandchild.

Jack was preceded in death by his parents; an infant sister and his  nephew-in-law.

To order memorial trees or send flowers to the family in memory of John "Jack" Owens, please visit our flower store.