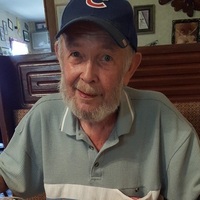 John William Stiles made his transition peacefully in the afternoon of Feb. 11, 2021. Born in Little Rock, Arkansas, on Dec. 23, 1944, John was the eldest son of John Robert Stiles and Eugenia Stiles (House) and big brother to Pat Carpenter (Dan). Growing up south of Little Rock, John enjoyed hunting, fishing, and generally being outdoors. He raised chickens, built dams to create swimming ponds, and saved his money for RC colas and Moon Pies. As children, John and his sister created peanut butter toast which became a comfort food for the family and is enjoyed by everyone to this day

John graduated from David O Dodd School and obtained his master’s degree in Civil Engineering from the University of Arkansas in Fayetteville, where he later taught. After earning his degree, John moved around the country working on bridges and buildings, many of which can still be seen on the highways and byways across the country. In the U.S., John worked on skyscrapers in Denver and built numerous bridges for the U.S. highway department. He extended his work internationally and built bridges in Japan and buildings in Taiwan.   Many of his coworkers became lifelong friends and cohorts in his adventures.

John married his soulmate, Patricia Stiles May 3, 1985 in Denver, Colorado. Together, they lived life to the fullest. They both loved music of all genres and varieties and went to many concerts over the years.  They would spend many weekends listening to music at night and reminiscing. John even cataloged their CD collection so that they would stop buying duplicate and triplicate CD’s! They watched Casablanca every New Year’s Eve and debated whether Rick actually said “Play it again, Sam.” John and Patti fished the Ouchita River when they lived in Louisiana and collected Spanish moss off the Cyprus trees as they went through the bayous. They played CCR’s “Rolling on the River” as they set off on the boat and it became a family anthem.

John always had his camera, taking photos of landscapes, trains, bridges, and his family. He read at night while Patti watched ‘her shows’ and his favorite authors included Zane Grey, Tom Clancy, Ken Follet, and Ayn Rand. He was a die-hard Chicago Cubs and Green Bay Packers fan. During the summer, he enjoyed sitting in the gazebo and listening to Cubs games. His favorite announcers were Harry Caray and Steve Stone. He made hand-cranked  ice cream in the summertime and enjoyed chicory coffee every morning.

John’s daughters, Nioka Keim (Kevin) and Tara Stiles-Rath (Michael), were his pride and joy. He always told them to ‘bear down and do good’ and was the go-to guy for homework help. John would take Nioka four wheeling in the deserts of Utah and hand made her booster seat to make sure she had the best views along the way. Tara became his shadow, always following him around and helping with projects around the house. In a time when Home Improvement was watched, John was Tim and Tara was Al. He hand made so many things for his girls: step stools, playhouses, baby doll cribs; anything they needed, he would build! John was a grandfather to Peyton, Brooklynn, and Jake Keim and great-grandfather to Illiya Keim. John loved spending time with his grandbabies. He set up archery targets, taught them how to shoot bow, and took them for rides around the yard on the lawnmower, bouncing and laughing together.

John was preceded in death by his wife by five years and five days. He is survived by his sister, two daughters, and their families. In place of a service, John and Patti will be returned to Wisconsin at a future date to be surrounded by family and loved ones.

To order memorial trees or send flowers to the family in memory of John Stiles, please visit our flower store.