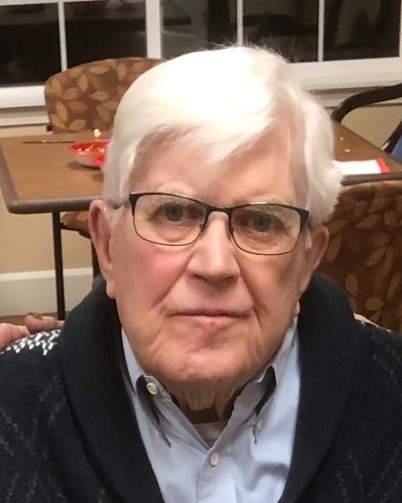 Our beloved father, grandfather and great-grandfather passed peacefully on November 28th in Bismarck, a mere five weeks before his 93rd birthday.

Interment will be at the North Dakota Veterans Cemetery.

John (Jack) R. Wilson was born in Courtenay, North Dakota on January 2, 1930 to Glen and Marion Wilson. Dad spent his childhood years in Courtenay and later went on to Jamestown College. He met his soul-mate Shirley Lovell when they were children in Courtenay, and they were married December 2, 1951. He then left for US Army service in Korea, returning in late 1953. Dad would have said this was a good time to end his story, as he would remind us that the next 70 years were just living life, and he was no different than anyone else. And live, he did; owning a business in Sharon, ND, having a lengthy career with Melroe, and serving on various boards and committees, while never losing sight of how blessed he was to be able to provide for his family. Dad enjoyed participating in the Masons, and then the Shrine as a Duster for several years. He proudly drove his 1930 Model A in many parades throughout the state. He was also a life-long Presbyterian and never stopped wearing a suit and tie to church. In the mid-60's, he fulfilled a life-long dream of owning a farm, even though he was never a farmer.

He and mom enjoyed more than two decades of retirement living, and for this, he was again grateful. After losing his partner in 2016, life slowed down as the afflictions of old age started catching up to him. His focus became his family and managing his health challenges. Dad was the kindest, most generous man, (often to a fault) we could have ever known. He knew more people and had more friends through-out the state than a politician. He often told me the worst thing about getting old was losing all your friends and relatives, making life sometimes lonely.

He was preceded in death by his wife, Shirley; his only son, Robert; and his great-grandson, Jackson Mayer.

Memorials may be designated to the First Presbyterian Church Bismarck, The North Dakota Veterans Cemetery, or the Shrine Hospital.

To order memorial trees or send flowers to the family in memory of John "Jack" Wilson, please visit our flower store.