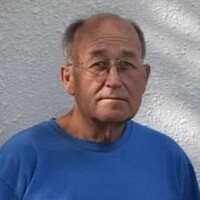 Joe was born in Bismarck and raised on a dairy farm North of Steele. Joe was a collector of many things, but his passion was trucks. He trucked for more than 40 years, until his health declined, it was then he gained his passion for books. Joe was the type of a guy that never met a stranger, and he would never pass up a friendly conversation, or the opportunity to help someone in need.

Joe married Juanita on July 9, 1988. Joe became a proud dad to all of Nita’s kids. He was even more proud when he became “Grandpa Joe”. He and Nita built a house in Dawson where he lived out the rest of his days as a husband, brother, dad, grandpa, uncle and friend to so many.

To order memorial trees or send flowers to the family in memory of Joseph "Joe" Rohrich Jr., please visit our flower store.