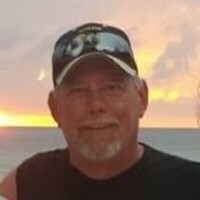 He attended school in Arthur, Nebraska and graduated in 1976. He was active in band, football, basketball and rode bulls in the high school rodeos. While in high school, Jodie and some friends started their own band called "The Country Cousins" which was the start of his passion for music. For 45 years he played in numerous bands including Something Country, Country VIPS, Breakaway, Borderline and most recently with the American Storytellers.  In 2019 he was nominated into the Nebraska Country Music Hall of Fame. Due to the pandemic, the ceremony was postponed in 2020 and now again in 2021. He was very honored, humbled and proud of this recognition. After graduating from Mid-Plains Vocation School in North Platte, Jodie began his career in the automotive industry working for Joe Dye Ford and Ellett's Automotive in North Platte, Nebraska.

He moved to Bismarck North Dakota in the early 1990's and worked as a mechanic at Eide Ford. In May 1997, he started working as a mechanic at the ND Department of Transportation. He became the shop foreman in 2006 and after 23+ years of service he retired January 2020 from the NDDOT and received the North Dakota Highway Patrol Colonel's Award for Excellence.

Jodie married Gail Freund on June 28th, 2003.  As well as his love for country music, also enjoyed riding motorcycle and belonged to the OPMC Motorcycle Club. He then turned his sights in a whole new direction and found a new passion of scuba diving. He was a proud member of the Morton County Dive/Rescue Team and traveled annually for 13 years to Cozumel, Mexico where he met many lifelong friends. He volunteered at the ND Safety Council and taught first aid, CPR and AED classes. After tackling the land and sea, he decided to take his adventurous spirit to the sky and jumped out of a perfectly good airplane. Not once, but twice. He loved hunting and telling stories and rarely met a person that he didn't become friends with.

He was preceded in death by his father William B. Hill; sister, Laurie (Hill) Briggs; his grandparents, Virgil and Esther Fanning, Father-in-Law George T. Freund and cousins.

We (the Family) have chosen to have a celebration of life for Jodie next year on 9/11/2022 at his home in Bismarck where Jodie loved spending time outside with the neighborhood friends whom were just like family.

To order memorial trees or send flowers to the family in memory of Justin (Jodie) Hill, please visit our flower store.