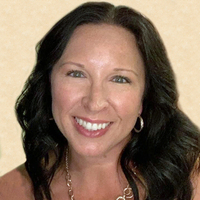 Kelli Eve (Heinert) Hagerott, 43, passed away on January 22, 2022, from injuries sustained in a car accident. A loving wife, mother, daughter, sister, aunt, cousin, and friend who is missed by all who knew her.

Mass of Christian burial will be held at 10 a.m. Saturday, May 14 at Cathedral of the Holy Spirit, 519 Raymond St, Bismarck. The service will be livestreamed by the church at https://venue.streamspot.com/event/MzIwMjk1OQ==

Visitation will be held from 5 to 7 p.m. Friday, May 13 at Parkway Funeral Service, 2330 Tyler Pkwy, Bismarck, with a Vigil Prayer Service starting at 7 p.m.

Following Mass, burial will take place at Mandan Union Cemetery. Immediately following the burial, there will be a time of fellowship, food and a celebration of Kelli's life at the Mandan Eagles Club, 1400 Collins Ave., Mandan.

Kelli Eve was born on November 15, 1978, at St. Alexius Hospital in Bismarck, the firstborn to Duane and Jackie (Barth) Heinert and soon the big sister to Brian. She was raised and educated in Mandan, attending Lewis and Clark Elementary, Mandan Junior High and graduated from Mandan High School in 1997. She then attended Bismarck State College. It was after high school that she met Tim Hagerott.  On July 29, 2000, they were married at St. Joseph’s Catholic Church in Mandan. The couple made their home in Rapid City, South Dakota, while Tim was attending the South Dakota School of Mines & Technology. During this time, Kelli worked on her bachelor’s degree and graduated from National American University while being employed with Black Hills Power & Light.

In 2002, they moved to Hazen where they started their family, welcoming Alyssa in 2003 and Ashlyn in 2005.  While in Hazen, she worked for a local custom farmer and at a local bank.  Most recently, she had worked for Embrace Wellness.  In January 2006, they made their move to Bismarck and built their forever home. It was in Bismarck that they welcomed two more daughters: Adisyn in 2007 and Alisyn in 2012.

As a mom of four girls, Kelli chose to be a stay-at-home mom.  Kelli loved all sports and instilled that in her girls.  She encouraged the girls to try all sports until they found what they had a passion for.  She enjoyed watching them participate and was often found behind the lens of the camera making sure a moment was not forgotten.  Everyone knew that if they didn’t get the picture or the video, Kelli would have it. She always made a summary of every event to look back on.  If she wasn’t behind the camera in a gym watching her girls, she was found enjoying one of her other favorite places: the Missouri River. If Kelli had a slogan, it would have been, “Summers are for sandbars; winters are for gyms.”

Tim and Kelli took the girls on yearly road trips for many years. Of course, she made sure the memories were captured and placed in a photo book; not knowing at that time, she was creating priceless gifts for her family to enjoy in the years to come. She was an exceptional wife and mother to Tim and their children.

Kelli raised a kind and caring family. She loved talking sports with dad and kept mom updated on the girls.. She had a big heart, a positive attitude and always wore a smile.

She was preceded in death by her maternal grandparents, Eva and Jack Barth; her paternal grandfather, Liberatus “Lib” Heinert; her Aunt Gloria Schmidt; her Uncles Jim Barth and Kevin Heinert.

To order memorial trees or send flowers to the family in memory of Kelli Hagerott, please visit our flower store.