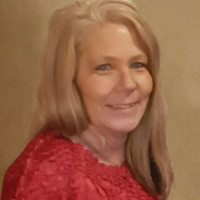 She was born January 1, 1970, in Bismarck to Robert "Bob" Couch and Roxi Couch Polzin.

Kelly attended Bismarck Public Schools and was a graduate of the University of Mary. Her career highlights included employment at the UND Family Practice Center, NCRS, and Century Link.

Cremation has taken place. A private service will be held at a later date.

To order memorial trees or send flowers to the family in memory of Kelly Lynn Hochhalter, please visit our flower store.