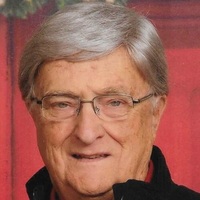 Kenneth Van Beek was born on December 31, 1933 on the family farmstead in Emmons County, North Dakota, and passed from this life into eternity with his Savior on December 19, 2020 in Longview, TX.  He was the seventh of thirteen children born to Edd G. and Mary Van Beek.  He attended Hill County Schools through the 8th grade, choosing to forego his high school education to help his father in the family farming business.  Ken served in the United States Army from 1954 through 1956.  He often told his family that he marched all over Germany for three years.  Encouraged by friends he made in the Army, he received his GED and graduated from Northern State University in Aberdeen, SD, with a Bachelor of Arts in Business Administration and a Minor in Music in 1961.  He received his Master of Arts in Public Administration in 1975 from the University of North Dakota.

Ken met Patricia Louise Fried in Jamestown, ND, in 1964, and they were married on May 15, 1965 in Jamestown.  They were blessed with three children and four grandchildren.

Ken loved music and sang in many different groups throughout his life, and he and Pat sang duets together at many church services, events, and weddings, including the weddings of their children, Cindy and Kent.

Ken taught elementary school in a one-room school house in rural North Dakota from 1961 to 1963.  He was a Social Worker at the North Dakota State Hospital from 1963 to 1965.  He then served as a rehabilitation counselor at the Ann Carlson School for the Severely Disabled in Jamestown, ND, from 1965 to 1967.  He became the Regional Administrator for North Dakota Vocational Rehabilitation in Grand Forks, ND from 1968 to 1983.  He became the State Director of the North Dakota Supported Employment Program from 1985 to 1993, and Program Administrator for statewide in-service training and staff development from 1993 until his retirement in 2003.

One of Ken’s greatest joys was serving on the board of KNDR, a Christian radio station in Mandan, ND, from 1989 to 2011.  Ken loved the Lord, and loved the ministry of music which drew people to the love of his Savior, Jesus Christ.

After Pat’s retirement in 2011, Ken and Pat moved from Bismarck, ND, to Longview, TX, where they were active members at Fellowship Bible Church.  They have been especially blessed by the many friendships they have developed in the Encore Seniors Ministry at their church.

Burial will be held 10 a.m. Friday, May 14 at the North Dakota Veterans Cemetery, Bismarck.

The last duet that Ken and Pat sang together for the Encore senior group at Fellowship Bible Church sums up the hope that they both share in Jesus Christ:

“No other friend has loved me so,

No other friend that I have known,

There is no other friend on Earth so dear to me.”

To order memorial trees or send flowers to the family in memory of Kenneth Van Beek, please visit our flower store.