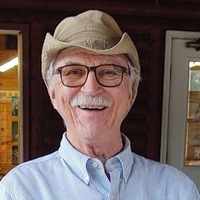 Kevin passed away suddenly on June 14, 2021, at his home in Bismarck, North Dakota.

He was born in Williston, ND, on September 8, 1941, to Leo and Mary Rose (Tracey) Donnelly- Kalloch. His father passed away when Kevin was only 2 years old. Lyman Kalloch took on the role of stepdad when Kevin was 11 years old. Kevin attended St. Jospeh’s School and Church in Williston. He was very active in school sports as well as altar boy duties. He helped his parents by working at the White House Hotel in town.

After graduating from Williston High School in 1960, he attended the University of North Dakota. Kevin completed a Bachelors of Arts degree in Social Work in 1964, then went on to complete a Master’s in Social Services Administration at Case Western Reserve University in Cleveland, Ohio. Kevin was elected to head the North Dakota and North Western Minnesota chapter of National Association of Social Work in the early 1970s.

Kevin was deeply interested in helping others throughout his life. He was a clinical social worker and held several professional positions throughout his career. Kevin worked with North Dakota Social Services in Minot. Upon receiving his Master’s Degree, Kevin worked as a clinician at Bismarck Human Service Center. He spent most of his career working as a therapist, director and administrator at VA hospitals starting in 1981. Kevin dedicated his efforts to working with addiction and alcohol treatment programs, providing services across many states. Kevin’s postings included Fargo, ND; Fort Mead, SD; Madison, Wi and finally ended up in North Chicago, IL, as the DDTC Program Director and Social Work Program Manager.

Kevin was admired and respected by his colleagues and the people he helped. Kevin also served on several local, regional and national boards related to social work. After years of dedicated service, his retirement took place on January 3, 2006. Kevin was known as a leader. He was intelligent, caring and passionate about helping others as well as the practice of social work.

He remained committed to continuing his assistance to his fellow man by ongoing involvement in the National Association of Social Workers and the National Active and Retired Federal Employees Association (NARFE) until his death. Kevin also frequently volunteered within his Bismarck community and Catholic parish as well as being an active member of his HOA board.

Kevin later reconnected and married his high school dream girl (Rayetta Meek). The union blessed him with an instant family of nine children. He was a proud Papa K to 20 grandchildren and five great grandchildren.

He was a lifelong sports enthusiast, following the UND and Williston athletic teams. Much to the chagrin of many of his fellow North Dakotans, Kevin was a devoted Green Bay Packers fan, always ready to debate their superiority to that of the Vikings! Kevin enjoyed photography, he was a proud owner of a photo lab in Rapid City, SD during his earlier years. His family also often enjoyed his up and coming interest in all things Information Technology (IT) related. He enjoyed a sweet Old Fashioned and a cozy sweater.

Kevin was a very kind and giving soul, always leading with a bright smile shining under his favorite floppy hat. He will be sorely missed and eternally treasured.

In lieu of flowers please send a charitable donation to any of the following causes that were dear to Kevin:

- Veterans Services of your choice

To order memorial trees or send flowers to the family in memory of Kevin Donnelly, please visit our flower store.