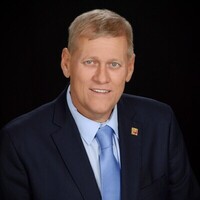 Kevin Vannett, 61, Bismarck, passed away in his home on Feb. 12, 2022, from compounding health issues stemming from Diabetes. A memorial service will be held 11 a.m. Thursday, Feb. 17 at McCabe United Methodist Church, 1030 N Sixth St., Bismarck. A service livestream will be available on the church's website: https://www.mccabechurch.com/livestream/

Visitation will be held from 5 to 7 p.m. Wednesday at Parkway Funeral Service, 2330 Tyler Pkwy, Bismarck.

Kevin was born on April 19, 1960, in Minot to Henry “Hank” and Loretta Vannett. At a young age, Kevin’s family moved to Bismarck where he enjoyed horseback riding, rodeo, the FFA and cars, especially convertibles. He graduated from Century High School in 1979 and then from North Dakota State College of Science in Wahpeton.

Kevin worked for the North Dakota Department of Transportation, first in Glen Ullin where he was involved on the community development board, the volunteer fire and ambulance service, and Lions Club before transferring to Bismarck. He retired from the DOT in 2017 after 33 years.  Throughout his life, Kevin owned several businesses in Glen Ullin and Bismarck, including a jack repair shop, café, rental properties, low vision store, and most recently, Safe Ship in Mandan.

For over 33 years, Kevin was dedicated to serving the community, especially through the Lions Club. Some of his achievements include serving as District Governor for the western district of North Dakota (5-NW), being a member on the Board of Directors, and then Executive Director of the Lions Foundation of North Dakota, and serving as Treasurer for Multiple District 5, including Lions Districts in North Dakota, South Dakota, and Saskatchewan, Canada. Within the Lions Foundation, Kevin served on the planning committee and managed the Video Magnifier Program. Kevin also managed the Eye Glass Recycling Program where thousands of eyeglasses are collected annually, cleaned and sorted, and then taken on mission trips providing free eyeglasses to people in need around the world.  In addition to Lions activities, Kevin has been involved with the Shriners and Make A Wish.

Kevin met his loving wife Pat in 2003 and together they have served both Make A Wish, and their community and district as Lions spearheading the providing of over 28,000 volunteer meals during the 2011 flood in Bismarck/Mandan, and starting and managing two state-wide vision related initiatives, to name a few. Kevin, along with his wife, traveled the world as partners in service ambassadors for the International Association of Lions Clubs from 2017-2019.

To order memorial trees or send flowers to the family in memory of Kevin Vannett, please visit our flower store.