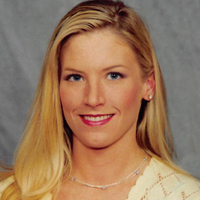 Kimberly (Harter) Radig, Pharm.D., 48, Bismarck, passed away May 31, 2021 at Sanford Health, surrounded by her loving family.

Kimberly was born on November 30, 1972 in Bismarck to Virgil and Gladys (Witikko) Harter.

She was raised and educated in Bismarck, graduating from Century High School in 1992. In her younger years, she played piano and clarinet in the band. In high school, she was a member of the Century Centanhas. She continued her education at Bismarck State College earning the Presidential Award while obtaining an Associate’s of Science degree in pre-pharmacy. Her next endeavor was to take the Bison by the horns while attending North Dakota State University. In true Kim fashion, she graduated with honors and a Doctorate of Pharmacy degree, achieving Rho Chi status and receiving the Schnell Scholarship. Following college, she completed her internship in various cities around North Dakota. She was married to Erick Radig for a short time and together they had one child, Ethan, who was born in 2001. In 2006, Kim and Ethan moved to Hettinger where she accepted her first professional position as a pharmacist with Thrifty White Drug, where she worked for 12 years. She also purchased her first house in Hettinger and continued to live there until a move brought her back to Bismarck in the Summer of 2019. Later in life, she met her fiancé, Jason Sveund. In 2010, they welcomed their daughter, Hailey.

Kimberly enjoyed competing and was very successful in horse shows, including 4-H, Quarter horse and the Minot State Fair. She also enjoyed competing in mountain bike racing and earned many awards. Kim was a beautiful, loving and caring person. She was one to stick to her guns when it came to sharing opinions and was very stubborn. She loved animals and had a few of her own, including horses and a parakeet. Kim had a soft spot in her heart for cats and had many throughout her life.

She was preceded in death by her father, Virgil Harter; brother, Troy Harter; and her grandparents.

To order memorial trees or send flowers to the family in memory of Kimberly (Harter) Radig, please visit our flower store.