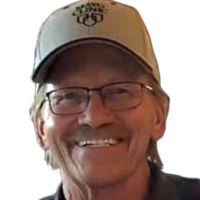 On September 16, 2022, Kurtis (Kurt) Allen Reil, 60, slipped away from this world into the loving arms of Jesus. He had many family and friends waiting for him. He passed away in his home in Bismarck, ND, after battling cancer on-and-off for six years. He was a warrior.

A memorial service will be held 3:00 PM, Thursday, September 29, at Charity Lutheran Church, 120 Aspen Ave, Bismarck. Following the service will be a “Celebration of Kurt Reil” gathering at the Ramada, 1400 E Interchange Ave, Bismarck. There is a block of rooms reserved at the Ramada under “Kurt Reil funeral.” Eastgate Funeral Service is assisting with the funeral arrangements.

Kurt was born February 13, 1962, to Alvin (Ike) and Beverly (Sandry) in Williston, ND. He was called Fritz by many family and friends. He attended school in Williston and was part of the class of 1980.

In the 1970s and 80s, Kurt had several jobs in the oil field and traveled to different states seismographing. In 1986 he moved to Denver, CO, and started working in the lawn and sprinkler industry. It was there that he met and married Terianne Staley. They had two sons, Tyler and Justin. After they divorced, he met his soulmate, Julie Atkins. They were together 30 years and had two children, Luke and Andrea. In 2006, they moved to Bismarck to be closer to family.

A master at sprinklers, in 2008 Kurt opened his own sprinkler business, Superior Waterworks Sprinkler Company LLC. Kurt was proud of the successful business he built and had many clients he considered friends and even family.

Kurt had the most beautiful smile. He was a jokester, and when he got that twinkle in his eye, you knew he was up to something. He loved spending time with family and friends. He loved music and concerts, and was a true rocker. When a good song touched his soul, he would whip out his air guitar and start playing. Over the years, Kurt enjoyed karate, bowling, fishing, watching movies, traveling, and golfing. His teams were the Minnesota Vikings and the Denver Broncos.

To order memorial trees or send flowers to the family in memory of Kurt Reil, please visit our flower store.