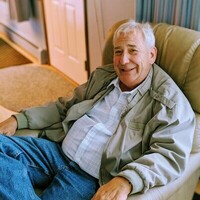 Laramie was born October 23, 1958, in Bismarck and was 63 years old. He was known for his gentle, kind and generous nature. Laramie loved animals, treating them with affection and understanding. He also had infinite patience with all things mechanical and could fix and solve problems with ease. Motorcycles became a passion in his youth, especially rough terrain enduro racing in which he excelled, competing and winning awards. Laramie was very charitable with his time and resources and enjoyed offering both to those he cared for.

After graduating from Century High School, Laramie attended Walla Walla University, studying engineering. However, during a summer hiatus he joined his father driving a big rig and liked trucking so much that he decided to make it his career. He drove with his father for many years and later worked for several other companies.

To order memorial trees or send flowers to the family in memory of Laramie Jay Schield, please visit our flower store.