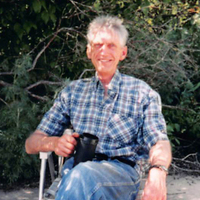 Larry A. Krueger, 77, died peacefully at St. Alexius with his family by his side.

Larry was born in March 1944 to Gideon and Olga Krueger in Carrington, North Dakota. With his arrival, he joined a sister, Delores, and brother, Duane. He was raised in Carrington and graduated high school from Sheyenne River Academy, Harvey. Larry went on to attend college at Lincoln, Nebraska, and Collegedale, Tennessee. He met his future wife, Marcy Geier, at a church volleyball game. They married in 1967 and raised three wonderful daughters.

He loved music and played the trombone, piano and accordion. He instilled his love for music onto his daughters. The three girls were all playing the piano and organ by age four. His other passion in life was tending to cars. He bought his first new car, a 1966 Impala, which led to his decision to attend Hanson’s Auto Clinic where he learned how to repair and paint cars.

Larry was diagnosed with a spinal disease early in his life. After this diagnosis, the family moved to the family farm where they resided and farmed until 1980 when he became disabled.

His house was filled with simple pleasures, coffee, laughter, music and endless games of marbles. Larry and Marcy moved to Bismarck where they currently reside.

Larry was preceded in death by his parents and both siblings.

Our hearts are broken, but now his can mend.

Private family services will be held.  Any memories of Larry can be shared via the Eastgate Funeral Services website.

To order memorial trees or send flowers to the family in memory of Larry Krueger, please visit our flower store.