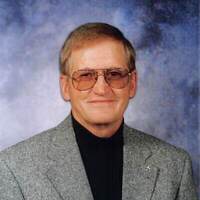 Larry “Butch” Weisz, 82, Bismarck, died May 3, 2021 due to a stroke. Due to COVID-19 restrictions, private family services will be held at Faith Lutheran Church, Bismarck. A livestream of the funeral service will be available on the church's Facebook: https://www.facebook.com/faithlutheranbismarck/

Larry was born on November 25, 1938 to Peter and Elsie (Breitling) Weisz. He was raised and educated in Halliday. He enlisted in the U.S. Amy from 1957-59, where he was stationed in Germany. He received his GED while in the Army.

After an honorable discharge, he returned to the family farm in Halliday. On January 30, 1961, he married Jeanette Richau and they had three children: Tammy, Tricia and Scott. They farmed and ranched for 50 years. For the past 11 years, they have been enjoying retirement in Bismarck.

Butch loved to hunt, fish, golf and watch Sunday afternoon football. He thoroughly enjoyed going to his grandchildren’s activities and being able to hand down his fishing equipment to his great-grandchildren.

He was very involved in the community. He served on the ASCS committee, president of the church council for two terms, Union Bank board, school board and the rural fire department.

He was preceded in death by his parents, Peter and Elsie; brother, Victor; parents-in-law, Irvin and Tina Richau; and nephew, Boe Keller.

In lieu of flowers, the family requests memorials be sent to the Alzheimer’s Association or Faith Lutheran Church.

We will miss him forever. Now every day is his “best day.”

To order memorial trees or send flowers to the family in memory of Larry Weisz, please visit our flower store.